iDEA lab blog Like water for the desert, New Media for New Mexico

What a great iDEA (lab)

Hidden within the Parotti Building (actually, right inside the front door) exists a room where volcanos erupt and alien monsters duke it out to the death.  Toddlers fly over the grand canyon in cardboard boxes and students learn light-saber techniques from the master. Imagination becomes reality in the iDEA Lab, arguably the most happening place at WNMU. 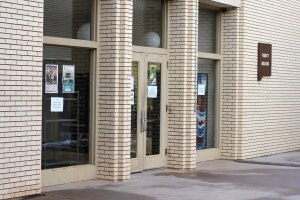 When I mention the Idea Lab, the usual response is-“that sounds like an awesome place…what is it?”.   Officially, iDEA is an acronym for Inter-Disciplinary Expressive Arts.  However, it is also a word. The definition of idea on my mac app dictionary is “the thought that something is probable or possible”  and the def. of laboratory is “is a room equipped for experiments, research, and teaching”. 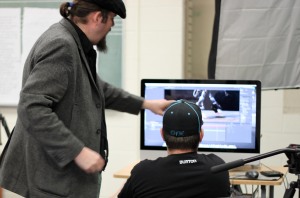 So take an iDEA class and make your ideas reality: do you want to make a music video?  a short documentary film? a New Media installation?   The iDEA lab has the tools you need: have state of the art computers and software, fun gadgets, digital cameras, a green screen, fancy lighting and tripods, projectors, a white board, and even a chalkboard :-P.   Software available includes Adobe Photoshop, Illustrator, Dreamweaver, AfterEffects, and Flash, Final Cut Pro, Cinema 4D, Dragon Stop Motion, and Soundtrack Pro.Whether you work with image, video, or sound-you can create it and edit it and publish it all in one locale. When you’ve made a project, who knows?  You might be featured on this very blog 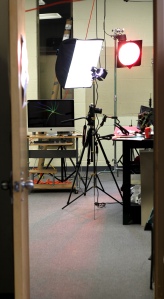 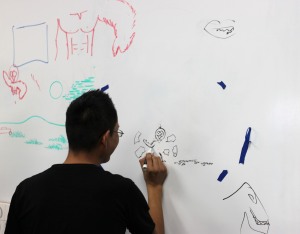 The iDEA lab was created to meet the needs of the  new Interdisciplinary Expressive Art program, part of the Expressive Art department.  In this program, students blend the traditional arts of visual arts, music, and theatre with the new arts of graphic design and digital media.  Students are encouraged to work with New Media and Mixed Media to create professional and original work, and to push the boundaries of what is possible. For more questions about the iDEA program, contact Prof. Peter Bill billp@wnmu.edu or Ann Marie Elder eldera@wnmu.edu.

This page is the Blog of the WNMU New Media iDEAlab- Our lab works with students and faculty to create new media forms that will help humanity evolve to meet the challenges of the 21st Century.